Do you want to have an overview of trends and different advices from the field of international transport? Do you want to know what are we preparing for our customers and our business partners?

Be the first one to be informed and recieve this information to your email.

Today, I would like to talk about the most important convention in force for international road transport - the Convention on the Contract for the International Carriage of Goods by Road, or the CMR convention for short. 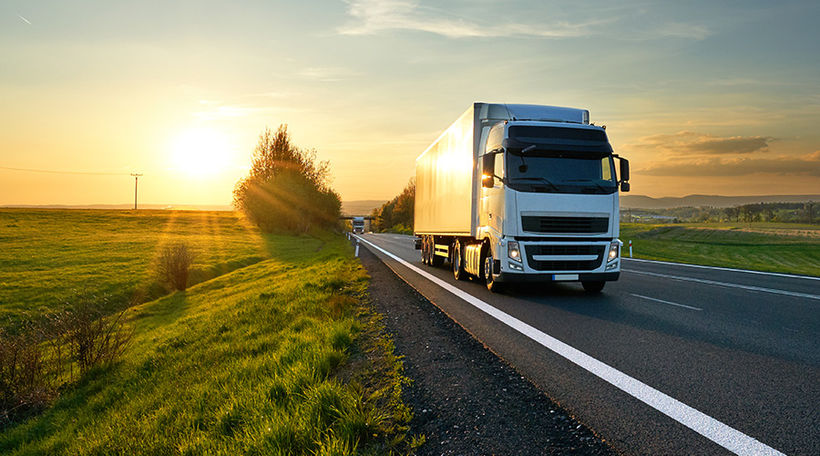 The Convention was signed in Geneva in 1956. At the time, Slovakia was part of the Czechoslovak Socialist Republic and when the Convention came into force at the end of 1974, it was published for the first time in Decree No. 11/1975.

In 1978, the Protocol to the CMR Convention was signed in Geneva, regulating Article 23 on compensation for damages. The National Council of the SR ratified this protocol at the end of 2007 and was published in Legal Code as Decree No. 163/2008.

In 2008, the CMR Convention was supplemented by the Additional Protocol, which concerned electronic bills of lading.

As only the history of the Convention has been discussed so far, let us take a look now at what the CMR Convention actually is.

At this point, it should be emphasized that cabotage operations are not regulated by international conventions and rules. Therefore, each hauler carrying out cabotage operations should be also familiar with the rules of each country where the freight is going to be moved, such as when a Slovak carrier is transporting within Germany and both the place of loading and unloading will be there.

There are three exceptions where carriage cannot be carried out under the CMR Convention, even though it involves international transport:: 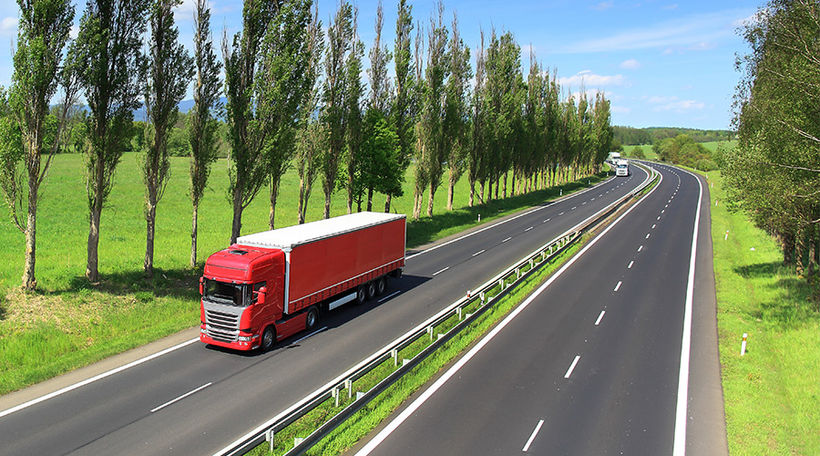 The CMR Convention regulates the rules, rights, obligations and responsibilities of both haulers and transporters, the signing and fulfillment of transport contracts and procedures for filing claims. It describes the shipping documents that should accompany the goods, including the most important document needed to transport goods, undoubtedly the CMR consignment note (or just CMR). This is a standardized official document ordinarily written in several languages. The CMR is numbered and normally provided by the carrier. It can be bought in stores where other forms used in business are found. Some carriers, logistics firms and forwarding companies put their own company logos on the CMRs.

Each set of CMRs typically has five and sometimes up to seven pages to be filled in.

-  Forms with red printing are intended for the sender and prove the goods have been handed over to the carrier for shipment.

- Forms with blue printing are intended for the receiver to know how much to take from the carrier.

- Forms with green printing are also intended for the carrier, confirming the goods have been delivered to the consignee.

- Two sheets with black printing are used for billing purposes.

- In the past, two other sheets with black printing would be for the customs authorities.

a) Place and date of issue,
b) Consignor's name and address,
c) Carrier's name and address,
d) Place and date of receipt of the consignment and place of destination,
e) Consignee's name and address,
f) Usual naming of the nature of the goods to be carried and the type of packaging. Goods of a dangerous nature have to be marked with the generally recognized designation,
g) Number of packages, any special markings on them and measures of the goods inside,
h) Gross weight of the consignment and other measures of the goods,
i) Freight costs (import charges, surcharges, custom duties and other charges incurred from when the contract is signed until the consignment has been delivered);
j) Instructions for customs and other official procedures,
k) Indication that the shipment is subject to the CMR Convention, despite any provision to the contrary.

The following data may also be included in the CMR:

When goods are picked up, the carrier's reservations and observations will be indicated in Box 18 and can be expressed using a numeric or alphanumeric code. (For example, "3" means a damaged package, "5c" means the items could not be recounted because there are too many of them packed and "8" means soaked goods.) If a package is damaged or the carrier objects to the shipment, the operator should then request instructions for further transport. Here it is recommended for the carrier to take photographs of the cause for objecting to the shipment to make it clearly visible. Unless the carrier objects to the shipment during loading, the goods will be deemed to have been loaded without problems and in the same quantity as stated on the CMR.

In addition to a record of goods passed from a carrier to a receiver, CMRs also include other notes the receiver makes when the goods are taken over, particularly if goods received by a consignee have been substantially damaged or are missing. If this were to happen, the consignee would usually write a report of the damage and document it with photographs for the insurance company, or as evidence of liability in the event of litigation.

Other chapters of the CMR Convention describe the consignor’s and carrier’s obligations and their rights and responsibilities from when they pick goods for shipment to when the goods have been delivered to the consignee.

The carrier is liable, from when the goods are shipped until they are delivered to the recipient, for any damage or loss during shipment and for delivery deadlines missed. Once shipments are received, a carrier should examine:

a) If the data and figures on the consignment note are accurate and if the number of packages and their marks and numeric codes are correct,
b) the apparent condition of the consignment and its packaging. 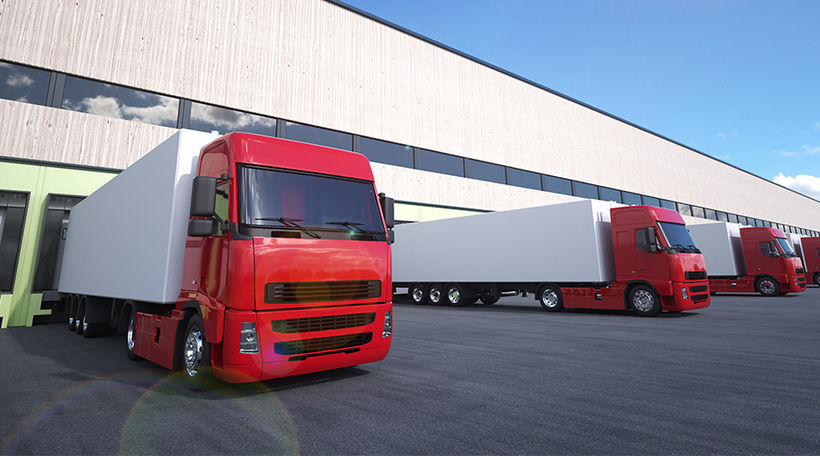 Consignors transferring a dangerous shipment for carriage are required to alert the carrier of the exact nature of the hazard in the consignment and advise on safety measures to be taken. Unless the notice is indicated in the consignment note, either the consignor or the consignee would somehow have to demonstrate that the carrier had known of the exact nature of the hazard associated with the shipped consignment. Most importantly, this likewise applies to dangerous goods shipped in undersized quantities where no ADR equipment or specially trained crew would have been required.

A carrier may anytime and anywhere discharge, destroy or render harmless a dangerous consignment, with no obligation to indemnify the forwarder. In addition, forwarders are liable for any costs incurred and damage caused whenever they hand over such a shipment for carriage or transport.

The CMR Convention also describes how to file complaints and claim damages from a breach of a transport contract. Such complaints and claims against a carrier may be due to damage caused to transported goods, loss of goods during shipment or failure to deliver the goods by a set deadline. Compensation for late delivery may only be claimed if a carrier has received a written complaint within 21 days of receipt of the delivery. When received, if clear damage to a consignment is discovered or part of the consignment is missing, the receiver should immediately (within 7 days at latest) provide the carrier with written notification thereof. If damage to goods is not clearly noticeable, the receiver has seven days from when the damage is discovered to notify the carrier. In the many years I have worked in freight forwarding, no one has ever complained of damage after a certain period of time. I believe that providing evidence of damage caused by the carrier is quite difficult because the goods could have been damaged even before shipment or while they were being handled in the forwarder's or consignee's warehouse.

There have been a few times where I encountered the mistaken assumption that a carrier is liable for damage or loss of goods to their full value, which is not entirely true. In some cases, I would recommend insuring the goods to be shipped. The CMR convention sets a maximum indemnity limit for carriers of XDR 8.33 for every missing or damaged kilogram of transported goods. This amount is likewise covered by the carrier’s liability insurance, also called CMR insurance. However, if the CMR shows the price of the consignment or any declaration of special interest in delivery, then the carrier will guarantee the value of the goods in full as shown. Should the consignment be a total loss, the carrier will have to pay the full value of the goods, as well as freightage, duties, VAT and excise tax. Were the consignment to be worth more than the insurance cover, the carrier's responsibility would be derived from the CMR convention, and the carrier would have to take out additional insurance on such goods. This is especially true with light, expensive goods.

If a delivery deadline is missed and the consignee demonstrates damage incurred because of it, the carrier will be then obliged to pay indemnity, but only up to the amount at import. In practice, especially in carriage agreements with automotive customers, we have encountered claims for damages caused by production having been held up. Some insurance companies cover such risk exposure, although in my opinion this goes above and beyond the scope of the CMR.